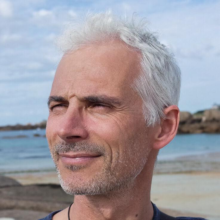 Rate host
Report host
Get a reminder about this host's events

I started my spiritual quest when I was a teenager. I remember devouring mountains of books on religions and spiritualities. I was very enthusiastic about it all and could intuitively feel that there was more to life than what I had been told and shown.

Along with that natural eagerness to go beyond appearances, I was also convinced that humanity could do better. Was so much suffering necessary? Were we so weak that every attempt to remove the shackles that were holding us trapped in our compulsive egotistic nature would have to fail?

At that time, I would never have thought that what we call spiritual awakening was a simple process. I was completely oblivious to the fact that what I was seeking was already “with me”, that there was no need to look anywhere else than in the “here and now”.

My message is simple. True lasting compassion, which is the sine qua non of true group consciousness, can only be born from the a powerful transformative vision: the realisation that there isn't anything like us and the universe but that we are the universe in manifestation.

Discover & join my next event

This Host does not have any upcoming events.